Marvin L. White, President and Chief Executive Officer
Mr. White has served as President and Chief Executive Officer, and as a Director of the Board of Aptevo Therapeutics since August 2016. Previously, Mr. White served as Chief Financial Officer of St. Vincent Health, and was responsible for finance, patient financial services and managed care for all 19 hospitals and 36 joint ventures. Prior to St. Vincent Health, Mr. White served as Chief Financial Officer of LillyUSA, a subsidiary of Eli Lilly and Company, where he also held leadership positions in Corporate Finance and Investment Banking. Prior to his career in healthcare, Mr. White held leadership positions at General Motors, Hewlett-Packard, and Motorola, including financial roles within its Japan, South Asia and Latin America Cellular Group. He is currently a Director of the Board at OneAmerica Financial Partners and Emergent Biosolutions. Mr. White earned his B.S. in Accounting from Wilberforce University, an HBCU, and received an M.B.A. in Finance from Indiana University where he was awarded the Consortium Fellowship. 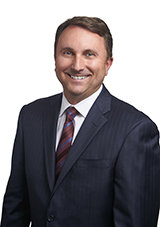 Dirk Huebner, M.D., Chief Medical Officer*
Dr. Huebner is a Medical Advisor Consultant with approximately 29 years of academic and industry- based clinical drug development experience in the biotech and pharmaceutical industries. In the course of his career, he has led multiple clinical programs spanning all stages of development from Phase 1 through Phase 3 registration trials.

Prior to his tenure at Boston Biomedical, Dr. Huebner spent six years with Millennium/Takeda Oncology as Executive Medical Director. During Dr. Huebner’s tenure at Takeda Oncology, he served as the global clinical lead for ADCETRIS® (brentuximab vedotin), an ADC that is indicated for the treatment of Hodgkin lymphoma and certain CD30 positive T-cell lymphomas. In that role, he led the regulatory approval of ADCETRIS® in Europe and the design and implementation of the subsequent registration-enabling studies for the compound. Prior to Takeda, he served as the clinical lead of clofarabine and its development in AML at Genzyme and held roles of increasing leadership and responsibility in global clinical drug development at Roche and Bristol-Myers Squibb. 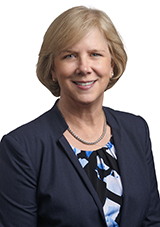 Jane Gross, Ph.D., Chief Scientific Officer*
Dr. Gross leads research and non-clinical development focusing on the development of novel protein therapeutics based on the ADAPTIR™ platform, a position she has held for the last five years at Emergent. She leads research efforts in molecular biology and protein engineering, immunology, protein and cell sciences, and translational research for clinical development. Dr. Gross has a Ph.D. in Immunology and over twenty-five years of experience in the discovery and development of novel protein therapeutics in autoimmune, infectious disease and oncology indications and is an inventor on over 100 patents. Prior to joining Emergent, Dr. Gross served as VP of Immunology Research at ZymoGenetics Inc., where she led efforts in discovery and development of therapeutics from novel genes for treatment of AIID and cancer. 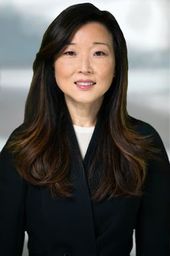 SoYoung Kwon: SVP, General Counsel, Corporate Affairs and Human Resources
Ms. Kwon leads the Legal and Human Resources functions at Aptevo, overseeing all aspects of corporate governance, securities, compliance, contractual and intellectual property matters along with talent acquisition, compensation and benefits, performance management and learning and development. She brings more than 20 years of experience across industries including insurance, high-tech and biologics and gene and cell therapy, advising executives and boards of directors in environments ranging from startups to Fortune 500 companies. Prior to joining Aptevo, Ms. Kwon served as the Global SVP, General Counsel and Corporate Secretary at AGC Biologics, a contract development and manufacturing organization with facilities in the US, Europe and Asia. Ms. Kwon also served as VP, General Counsel and Corporate Secretary at Onvia, Inc., Senior Counsel at Safeco Corporation and a Corporate Associate at Graham & Dunn PC. Ms. Kwon is active in her community by serving on the Education and Community Engagement Committee of the Seattle Art Museum and as President of the Washington Scholarship Foundation. Daphne Taylor, SVP Finance
Ms. Taylor’s career includes 25 years of financial experience in the life science and technology industries. Prior to joining Aptevo, Ms. Taylor served as Chief Financial Officer at BioLife Solutions. She also served as VP, Chief Accounting Officer and Controller at Cardiac Science Corporation and in multiple roles, including Controller, at LookSmart, SpeedTrak, CoreMark International and Pacific Telesis. Ms. Taylor began her career at Coopers & Lybrand in San Francisco. She is active in her community and serves on the Finance Committee of the Northshore Schools Foundation. Ms. Taylor holds a B.A. from Sonoma State University and is a Licensed CPA in Washington and California.

*Drs. Huebner and Gross are consultants to the Company.